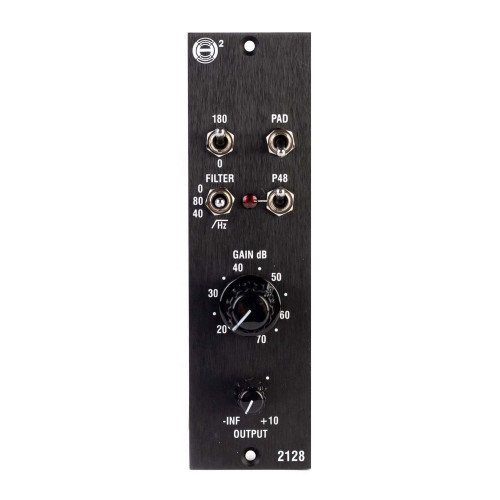 The H2 Audio 2128 is a 500 series mic preamp based on the iconic Helios found on the Helios console at Olympic studios.

The H2 Audio 2128 recreates the unmistakable sound of the Helios 0011 pre with its characteristic larger than life and open sound heard on some of the most legendary records in history by the Rolling Stones, Led Zeppelin, David Bowie and many more.