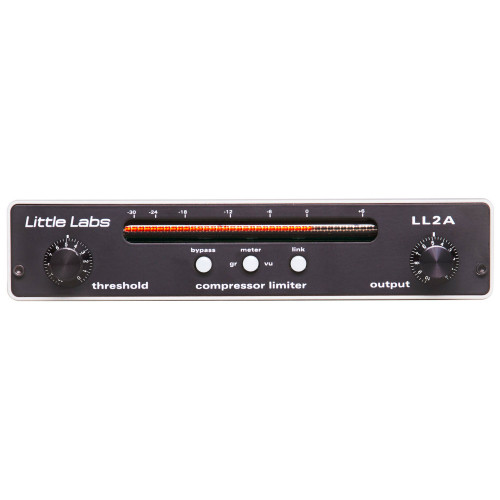 I’ve always tried to make Little Labs products original creations. Making another compressor made no sense to me; there are so many compressors out there, and most are knock-offs of the classics. They all used FET, Opto-Cell, VCA, or Vari-Mu design. Little Labs wanted something genuinely new and original.

When I met Dave Amels in the mid-2000s, I had known him as the Bomb factory guy who did all the math to make some of the first popular audio Plugins. I know he put a considerable effort into the math to emulate some of these vintage devices; the math involved is incredibly complex.

But later, which I think was absolutely brilliant and very misunderstood, Dave took the same math and using devices called linear analog multipliers; he put this math to work again. Not for plugins but for making analog computers, actual hardware using this modern component to recreate these vintage devices with all their odd non-linear anomalies but using this state-of-the-art component. It’s a bit like the movie the FLY, where Jeff Goldblum’s machine is creating a synthetic version of the object rather than the object itself.

But what piqued my interest was not to recreate a vintage device but to create a state-of-the-art gain reduction element using this AD633ARZ four‑quadrant analog multiplier that reacted smoother than anything out there. Dave Amels, the mathematical genius, made it happen, and I am truly grateful. This new technique allowed Little Labs to birth a new original compressor.

Using a single AD633ARZ in the audio path and the same output driver I use on the Little Labs Monotor, I believe Little Labs had made the shortest audio circuit path compressor ever. Some say the LL2A sounds like you’re just riding a fader, and that’s true, but you can’t ride a fader that fast!

Linkable for two LL2A compressor stereo balanced use, or a single LL2A can be used for unbalanced stereo!

Rack-mountable: Up to 2 LL2A compressor limiters fit in a 1u space.

Made in California, USA.